Maurice
Ravel
BACK TO RESULTS TO YOUR CART
Composer
Maurice Ravel
Arranger
Marco Tamanini
Instrumentation
Symphonic Band.
Duration
14:00
Grade
5
Genre
orchestral
Number
BM432
Score + parts € 159,00
€ 159,00 + add to cart
PREVIEW
Score € 26,00
€ 26,00 + add to cart
MINI-SCORE
PREVIEW MINI-SCORE
Maurice Ravel is perhaps known best for his orchestral work 'Bolero' (1928), which he considered trivial and once described as "a piece for orchestra without music". Bolero is a one-movement orchestral piece originally composed as a ballet commissioned by Russian ballerina Ida Rubinstein. For 'Bolero' he used the opportunity to conduct an experiment. As he put it, the score would be "uniform throughout in its melody, harmony and rhythm, the latter being tapped out continuously on the drum. The only element of variety is supplied by the orchestral crescendo." Instrumental coloring plays a major role, as well, an area in which Ravel had attained supreme mastery. After its premiere as a ballet, 'Bolero' quickly won even greater success in the concert hall.
/
BACK TO RESULTS TO YOUR CART 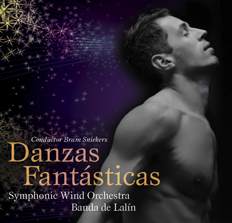