Carl
Nielsen
BACK TO RESULTS TO YOUR CART
Composer
Carl Nielsen
Arranger
Jos van de Braak
Instrumentation
Symphonic Band.
Duration
09:00
Grade
4
Genre
orchestral
Number
BM770
Score + parts € 142,00
€ 142,00 + add to cart
PREVIEW
Score € 26,00
€ 26,00 + add to cart
MINI-SCORE
PREVIEW MINI-SCORE
'Pan and Syrinx' is a nine-minute symphonic poem by Carl Nielsen based on the ancient legend which tells how the amorous god Pan invented the pan flute when following the nymph Syrinx. "Syrinx was transformed into hollow water reeds that made a haunting sound when the god's frustrated breath blew across them. But then Pan cut the reeds to fashion the first set of pan pipes, which were thenceforth known as 'syrinx'. As the piece features Syrinx it obviously has major parts for woodwind solos. The music was written at the height of Nielsen's powers as a composer, shortly after he finished the Fourth Symphony. 'Pan and Syrinx' was particularly well received and frequently played in Scandinavia during Nielsen's lifetime.
Orchestra
Landesblasorchester Baden-Württemberg
Conductor
Björn Bus
/
BACK TO RESULTS TO YOUR CART 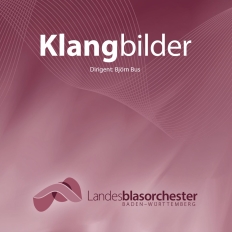